I decided to go with a Daily Post prompt today and so glad I did. Here’s the prompt:

Have you ever truly felt déjà vu, the sensation that you’ve already had the experience you’re currently having?

I have deja vu a lot, but it’s really freaky because sometimes the deja vu comes from my dreams, like I already dreamed about the experience I’m having. Is that dream-ja vu?

I’ve even had dreams where I recall old dreams in the new dreams. It really makes me wish I could control them, like they do in Inception. I’ve heard you can get a bit more lucid in your dreams, but it takes some serious effort and training. Well, not as hard-core as I’m making it sound. But essentially you’ve got to first start remembering your dreams which means writing them down right after you wake—even if it’s in the middle of the night. That’s problem A for me as when I’m half asleep it’s hard for me to do anything but go back to sleep.

Once you remember your dreams well, then you have to start somehow willing yourself into them, figuring out that they are a dream. Does that make the dream collapse? Who knows? I have been semi-lucid in my dreams before, however, so I know it’s possible. I knew it was a dream and decided to take the scene in a different direction. I’ve done this more than once, but it’s still quite rare.

END_OF_DOCUMENT_TOKEN_TO_BE_REPLACED

Inspiration is a fickle thing.  For some, stories pile out of their heads like ants fleeing an anthill.  For others it’s a process of discovery in trial and error.  There is no one right way to get inspiration for a story as inspiration can come from anywhere, be it a random conversation with a friend or watching a movie and wondering what might have happened if they’d gone in a different direction—even random dreams can be inspiration.

But if you still feel uninspired, let’s go through a few things that may help you pull out a story. 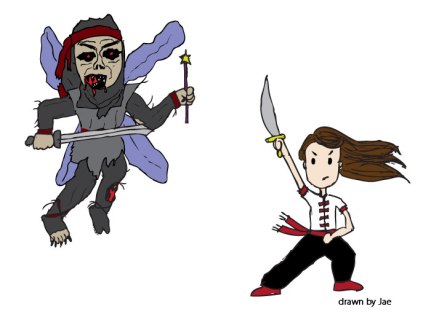 Did I ever tell you about the time I fought a ZNF?

Do you have a favorite experience you love to share with others?  Has something crazy ever happened to you?  Had any close calls or embarrassing moments?  I don’t necessarily recommend retelling your own life story for a novel, but it’s a great place to start writing.  Start with a shorter story, or even an outline, noting all the events that occurred in your experience.  Then try several things to shake it up:

Go to the park, sit on a train, walk around a mall—just go somewhere with lots of people.  Watch people as they pass by or listen to the way they talk to their 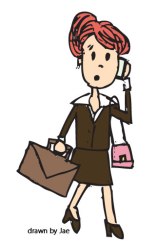 friends.  (NOTE: This does not mean under any circumstances that you can stalk them, unless you like spending nights in jail.  You’re only observing a few seconds of their lives as they come in and out of view for inspiration.)

Perhaps you see a woman in a business suit walking by, coffee in one hand, phone against her ear as she carries a briefcase in her other hand.  Make up a name for her.  What does she do?  Is she on time or late?  Does she have pets?  Is she a secret government agent?  Does she hope her date goes well tonight?  Is she an alien in disguise?  If you have a favorite genre picked out, look at this imaginary character you’re creating from that perspective.

Imagine where she’s come from and where she’s going next, then write about one or the other—or both.  Take some time to consider the following:

Some will scoff at the idea of using dreams for fuel.  Dreams are often unreliable and generally don’t make sense.  But you can still gleam gems from them because they encompass the prior two categories.  You were personally there and you’ve observed only a glimpse of something that’s happened. 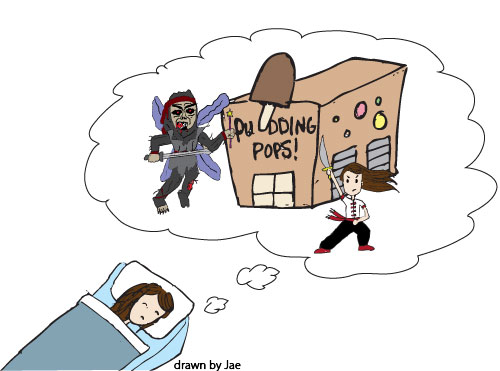 You can even strip it to its core and gleam inspiration from that even.  Someone is chasing someone else.  Why?  Who is doing the chasing and why is the person running being chased?

It can even be simple.  You dreamed you’re trying to water the garden but you can’t find the hose.  Why is that?  Who would take the hose?  Is it that pesky Johnson kid down the street?  Did your wife take all your gardening supplies in the divorce just to get at you?

I hope you’re beginning to see how you can take simple, small pieces and turn them into inspiration for creating story.

CREATIVE WATER FROM MANY WELLS 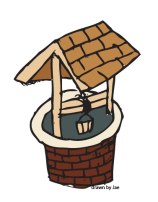 You can find ideas for stories in everything.  If you had a bad day, how would it have gone if it went right?  Or the reverse, how could a good day have gone wrong?

I challenge you right now to open a Word document, keep a notebook, file scribbles in a box—but when you gain inspiration for stories, even if it’s not the one you’re currently working on, record it somewhere.  In doing so you’re training your brain how to create stories and how to gain inspiration.

And trust me, you’re going to need this skill later when you’re struggling on how to connect plot points and rewrite scenes that aren’t working.

You’re going to find a story to write.  As my mother always used to say to me:  “That which we persist in doing becomes easier to do, not that the nature of the thing has changed, but our power to do so is increased.”

You’ll train yourself how to create and those things you once thought hard will come to you with easier with time, experience, and good old-fashioned hard work.

Tomorrow, join me for Creating Characters.