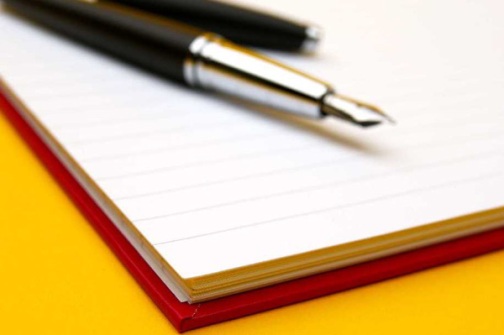 A fellow blogger asked me for tips on writing character descriptions, since we’re both prepping for NaNo. I think they’re a great thing to do whether or not you’re involved in NaNo and it’s never too late to write one. Sometimes they’ll give you insights, even if you’re in editing mode. I’m sure everyone has their own definition of character bios, but here’s what I do with mine.

I don’t know what it is about first drafts, but they seem to summon the info dumps from the furthest recesses of our minds. The bonus about writing character bios? You can info dump all you want, and you SHOULD. Get that info out. Your brain will want it written down somewhere and your readers will thank you for not having it be the first insanely long paragraph of your first chapter.

So delve into that backstory. What makes your main character them? What do they fear? Motivations? Goals? What’s the best thing that can happen to them? The worst? How are they at the beginning of the story? How will they change by the end? What are some things that could happen that would create that change? Why are they the best person for this role in your story? Will they doubt themselves? Why? What’s their relationship to their family? Friends? The antagonist? Give them a reason for everything they do. They may not realize it themselves. In fact, the best characters often have hidden motives—things they don’t even realize about themselves.

You may not uncover it before you write the story, but that is what’s fabulous about a character bio. You can keep adding to it. However if you’re doing the NaNo, as much detail you can put in now will help guide you as your character comes to decisions. Yes, even you pantsers. And remember, none of this is in stone. You may decide to change motivations later on. And that’s okay. (Just remember to change prior motivations in scenes to match).

Do this for your main, secondaries, and certainly the villain. Anyone of importance will need a bio.

END_OF_DOCUMENT_TOKEN_TO_BE_REPLACED

This was a panel given by agent Michelle Witte, who has also authored a couple of books. One is The Craptastic Guide to Pseudo-Swearing, something you children’s, MG, and even some YA writers may find valuable. The other is The Faker’s Guide to the Classics, a snarky version of cliff notes for those who want to up on the classics, but don’t have the time to read them. Having read some of the Craptastic Guide, Witte’s snark is something you’ll find extremely enjoyable. They’re both available to Kindle sample, so give ’em a try.

She said there’s three parts to writing that form the “story” triangle of sorts:

Two areas of the “triangle” can be bigger than the other. But if one is big while the other two remain weak it may be why your story falls flat.

Character is the central part of voice. It’s the character who brings voice out onto the page.

“The writer’s voice in a novel generally belongs to a character.” –Self-Editing for Fiction Writers

There are two kinds of voice: the writer’s voice and the voice of an individual book. The main character defines the voice of the book.

Take Mary Higgins Clark, for example. Her novels all sound the same. Your writing is what works for you. Each book should have its own unique voice.

END_OF_DOCUMENT_TOKEN_TO_BE_REPLACED

This fun panel was brought to us by Jordan McCollum who also made access to her Prezi (like Powerpoint but cooler) via her website. So if my notes don’t make any sense, you can always check out hers. Plus she’s got links and sources. Nothing but the best for all of you peeps.

Your character needs to have made some change by the end of your story. This can be many different types of change. Examples:

The internal journey is a major part of the elixir—the process of fixing what’s wrong in his/her life. Sometimes this can be more compelling than the external prize he/she can gain.

What if you don’t know your characters well enough yet? Are you trying to find a good internal conflict, or you still can’t figure out how the external events of the plot are going to affect them internally?

Focus on what motivates your character. Is it her:

What compels her to go on this journey with you? What are her values? What does she prize above all else?

Let’s pretend our MC is going on the show “Perserverer” (think Survivor, but since that’s copyrighted, we’re using this title instead). Why would our MC be going on the show? Money is the obvious reason, but it’s got to be more than that to be a compelling story.

Michael Hauge says there are plenty of ways to create the starting point. It can be:

An example of this for character arcs can be Shrek. He believes that because he is an ogre everyone will run away from and fear him and so he wears that mask making it a self-fulfilling prophecy.

But when you’re writing these arcs, don’t forget character sympathy! If they just let life keep kicking them, it’s hard to sympathize with them. Make sure they have struggles AND strengths.

The emotional starting point must be BAD, so bad that the character must fix it. They’ve probably already learned how to cope with it, but when the story begins you must weave something in so that when they face it this time they have to do something more to overcome it. And the more ingrained this is the harder it is to change.

Go back to Shrek. He’s so convinced about his mask of being “the ogre” he’ll even travel to Lord Farquaad’s kingdom to have him order people away when secretly what he wants is acceptance. He’ll do everything he can to keep people away, to hide his vulnerability.

“Save the Cat” is a great book on story telling. Some pieces of advice from this book is to make sure you take a step back. We must show the audience everything, and sometimes you have to make it worse for your character.

Sometimes in between the starting point (or inciting incident) and the climax, our stories drag in the middle. Our character may retreat into the familiar and failure.

TWO STEPS FORWARD, ONE STEP BACK

Make every response somehow different, and then assemble them in order of emotional risk. -Alicia Rasley

In the ultimate moment of character change, show that the character has learned his lesson and can defeat the bad guy.

Set up the bad guy (internal, external, weather, whatever) the right way. Align the bad guy with the mask. Going back to Shrek: I’m a big scary ogre, the bad guy believes the same.

Show how the MC is (or has been) like the bad guy. Make the MC choose and affirm the choice.

We want the internal and external climax to come as close together as possible. Readers will only believe the internal change if they see it on an external level. -Alicia Rasley

So how do you have a fulfilling ending, even if your character doesn’t achieve his/her external goal? (Hint: it’s the title of this notes post…)

CHARACTER ARCS IN RELATIONSHIP STORIES (NOT JUST ROMANCE, BUT OFTEN)

Each charcter in the main relationship needs their own arc, needs their own wound, and/or their own mask. The love interest must be able to see past the mask eventually to the character’s true essence. The MC will have problems with their love interest when they retreat behind their mask. The MC’s wound should somehow match the strength, personality, etc. something about the love interest/buddy. This trait helps heal the character’s wound. (Think Donkey and Shrek. Donkey is good at talking and relating to people. He helps Shrek gather the courage to share his true feelings with Fiona, something he wouldn’t have done before.)

ARE THERE CHARACTERS THAT DON’T ARC?

Yes. They are often seen in series. They already have larger than life qualities and often go on larger-than-life adventures. (James Bond, Indiana Jones) This isn’t as common as it used to be with readers. Most these days like being with a character that arcs. You know, like Harry Potter.

Character arcs in fiction show the power of transformative experiences. Watching that tranformation, rooting for it, and growing the character are the major reasons we read fiction.

What do you think? Do you plan character arcs into your stories? What tips do you have for those trying to figure out their character arcs? Do you miss David Tennant? Anything else you would add?

For the Holiday book read I was able to get 2 books under my belt, namely Pretties by Scott Westerfeld and Abandon by Meg Cabot. What did I think? That I pretty much wanted to abandon both series.

It’s not as bad as I’m making it sound, but neither book made me want to read the sequels. I didn’t regret reading either, and I think I learned a few things about my own preference and what not to do with my own novels. They’re still fairly well-written overall, and it really may just be my own preference.

Let’s start with Mr. Westerfeld’s book. Let me begin with saying I loved Uglies and it’s the whole reason I was dying to read Pretties in the first place. I’ll try to be a bit general so as not to give out spoilers. But this is Book 2 of the series, so some spoilers for Book 1 may appear.

Pretties is the continuing story of a girl named Tally who lives in a world where all anyone wants to do is be made pretty—a surgery that happens when you’re 16. But Tally gets mixed up with some rebels and decides she doesn’t want the surgery. Plus they discover it does something to your brain, kind of like mind control. But the only way to test the cure is for Tally to go get pretty. In Book 2 her friends attempt to rescue her from her pretty brainwashing.