Welp, I did the thing. The thing all the ladies are doing—at least a lot of the ladies around me. I had a baby. And wow! That was hard. And crazy. Especially those first few months. I don’t know how you mommas of multiples do it. One seems like plenty of work to me.

So anyways, I’ve been out of the blogging loop for quite awhile, because the baby journey took up all of my time. But now baby is old enough to sleep decently, so I’m sleeping decently, which means I’m determined to come back. I know the next round of Row80 is coming up soon and I always loved participating in that.

Plus I’ve got some new writing projects on the horizon. Well, I guess they’re already here. Because I’ve already written them. And mostly edited them. So now I just need to work on polishing and eventually publishing them. You get what I’m saying. Well, you Russian bots do, cuz who’s kidding? Ain’t nobody reading the Lit and Scribbles now. But I do want to make cartoons. And forgive me if they get a little first-time mommish but that’s my vibe these days. Talk to you again soon! Or as they say in Russian, Пока тайная полиция снова не найдет нас!

Hello friends! I know I’ve been significantly absent as lately. I’m still trying to sort out life, but I haven’t forgotten about you, the fabulous WP community (and really the fabulous blogging community overall).

I recently went to New York. You see, many of us struggling writers need a day job and while I enjoy graphic design and will probably still keep doing it part-time, I’ve been investing time in starting another career. It’s called tour directing, but essentially I take people on vacation for a living. And in New York I led a group of students through the city, many of them for the first time.

View from the Top of the Rock. The bright area is Times Square.

I’ll probably do another post on that later, but it’s a lot of fun, it’s just a bit hard to get into. I’m not sure why I’m attracted to the difficult careers, but it is what it is.

My point in mentioning all that is tulips. Why tulips? Well, in Utah just before I left was the pique of tulip blooming season and tulips in Utah look good!

A small cluster around town, but go to Thanksgiving Point or Temple Square and times this by 1000.

Anyway, off to New York I went. I saw a few tulips and a lot of daffodils, but nothing quite like the focused view I can get in Utah. But hey, I’m in NYC, where’s the need to complain?

By the time I got back, most of the tulips had been trimmed down or were wrinkled shells. Basically I had missed it.

But at my own house which is next to a mountain and where the sun doesn’t shine as fully as in the valley, we had several very late bloomers. They bring a smile to my face every time I see them. I count them as a blessing that I didn’t have to completely miss tulip season after all.

But it got me thinking. Suppose those late tulips had thoughts? Suppose they worried, knowing it was well past the time for the majority of the tulips to come out and they were running late?

It made me wonder in life if sometimes we think we’re running late because things aren’t happening according to our time schedules. Maybe we think we’ve missed the boat on a relationship, a job, a writing career, whatever it is. But maybe our timing is exactly as it should be. Maybe we’re not meant to run according to one timetable because we’re on a better one, one that will bring joy to those who see us when whatever it is we’re working on comes to fruition.

I’ve been working on writing for a long time. And there has been many times I wished I’d been published or been envious of someone else’s success. But maybe I’m just on exactly the timeline that I need to be. I have to admit, over the past couple of years I’ve learned a lot about writing, and I’m not sure I would have learned it if I’d had my success early on.

So I say, here’s to the late bloomers out there. Keep on doing what you’re doing, trusting that if you make your best efforts you’ll emerge exactly at the time you’re needed.

Cheers to the late bloomers!

Back in November for NaNoWriMo, I put together a sequel for SHADE. (And I won myself a discount on Scrivener. Holla!)

Anyway, I had used most of October to meticulously plan out the novel which is what made it really easy for me to write. Once I have my idea outlined, it’s more or less a paint-by-number, though I do leave room for my muse to take me in other directions should it choose.

December came and looking over my nice little rough draft I realized something that I would fight against for months. Book 2 seemed more and more to be me trying to cram two books worth of story into one.

ALL THE THOUGHTS RUNNING THROUGH MY HEAD AT THIS REALIZATION:

But the plot twists!

Another murky middle to deal with?

Splitting a book in half is too hard!

But then all those other moments get pushed to Book 3!

Can I really make this split work?

Thankfully, I’ve faced these hard moments before. When it came to Book 1, after a writing conference in New York I knew I had to make substantial changes, not unlike the changes I’m probably going to make now.

For some of you rewrites are not any kind of problem. It may be your curse. But for some of you the idea of having to majorly revamp your book scares you like Reevers scare Captain Mal.

For the sake of story, suck it up, and do it anyway.

How do you know if you need to revamp the story? The easiest way to find out is beta readers. And some of the best ways to find beta readers is going to writer’s conferences and networking. Your fellow writers will appreciate a beta read themselves, so offer to exchange chapters or even full novels, get feedback and see what’s working and what isn’t.

Another way is right here on the WordPress community. We’ve got some of the best people on here who have loads of experience who can help.

Hopefully it doesn’t come as news to you that golden ink doesn’t drip from your pen—or keyboard. Think of it as getting the translation of the story in your head right. I’ve often noticed while some things in my stories change substantially, the essence tends to remain the same.

And I’ve probably said this before, but revamping or splitting books can often bring about creative discoveries you might not have stumbled upon otherwise. I created a character from a book split I doubt would have come to me any other way—and he’s one of my faves.

If you really want a story that’s going to be significantly impactful to your readers, it’s going to take some work, and often that work will be uncomfortable and hard. But you owe it to your readers and to your craft to present only the best possible.

It is my own personal goal to make every book I write better than the previous. My hope is that my skill will continue to grow and be illustrated in my writing as it goes forward.

What do you do for the sake of story? Have you had to make substantial edits or changes to a book that you didn’t want to make at first? What are your personal goals for your craft?

If you’re an aspiring author like me, eventually two words are going to cross your path if they haven’t already: word count.

If you’re really new to this biz, you may still be telling people about how many pages your book is. And that probably works better for friends and family. But all that agents, editors, and publishers want to hear about is word count.

Why? Because you might be writing in Courier, Times New Roman, Squiggly Wiggly (please don’t), but the one thing that stays uniform across the board is word count. How many words have you crammed into that Word Document that is your novel? But more importantly, how many should you have crammed in there?

As is with a lot of things in the writing world, the answer is it depends. It depends on your genre, your age range, and whether or not you’re JK Rowling or Plain Tryingtagetpublished Jane. But is there any kind of guide for how many words a novel should be?

According to Writer’s Digest, this is a typical guide for novel lengths:

Adult: Commercial & Literary ~80,000-89,000 (for you newbies, if you have it double-spaced with Times New Roman, this will be around 300 pgs, depending on your formatting)

BUT WHAT ABOUT (INSERT BOOK TITLE)? IT WAS WAY LONGER/SHORTER!

The thing is you can’t use other authors to argue the length of your book because 99% of the time your arguments are invalid. Especially if the author in questions is 1) super famous, or 2) wrote something a long, long time ago. When you’re a household name, you can write a 160,000 word book because odds are your name is the money-maker the publishing world sees (although for your reader’s sake, please don’t).

END_OF_DOCUMENT_TOKEN_TO_BE_REPLACED

Not nearly as terrifying as the live pitch, nor as frustrating as the query letter is the dreaded synopsis. I say dreaded because it feels like you’re taking delicious farm fresh veggies and freeze-drying them, later to be consumed by someone else who won’t get the farm fresh taste your whole novel has.

Plus even though you get a few pages instead of page (a la query) you still must condense all that info into a nice freeze dried package AND still make it appealing. 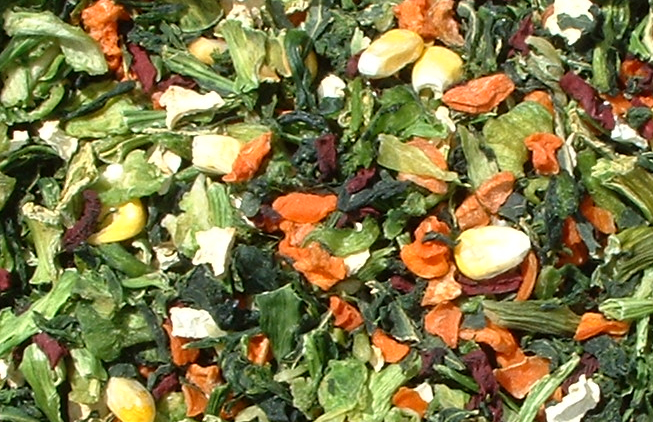 END_OF_DOCUMENT_TOKEN_TO_BE_REPLACED

Lit and Scribbles with Jae
Blog at WordPress.com.
Loading Comments...